The Company as a Trial: What does it mean for leaders? 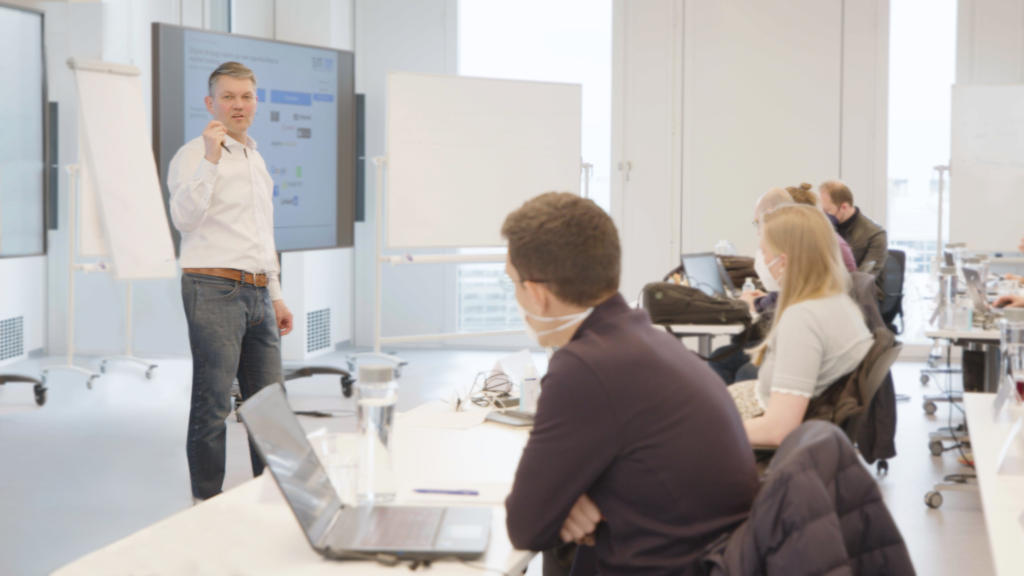 Prof. Thomas Hutzschenreuter Lecturer at our Executive MBA programs breaks with old wisdom and establishes a new view on corporations

What would have happened if Nokia had invested early in the development of a smartphone? What would the Internet look like if Yahoo had acted far-sightedly in 1998 and bought the now priceless Google search algorithm for a measly million dollars? The history of entrepreneurial decisions that, in retrospect, we now classify as economically fatal is endless. Thus, such and other ‘what if?’ scenarios will forever remain a mental gimmick. However, Prof. Thomas Hutzschenreuter at the Technical University of Munich, Academic Program Director of the Master in Management & Innovation and Lecturer at Executive MBA and Certificate Programs, finds a lot of lessons in such failures. In his new book ‘The Company as a Trial and Institution’, he advocates that managers and professionals shall remain alert to change, factor in failure, and build on the certainty that everything to come is uncertain. We met him for an interview.

Prof. Hutzschenreuter, in your new book you put forward the thesis that in turbulent environments there are no right or wrong strategic decisions. Doesn’t that put you in complete contradiction with current management theory?

Hutzschenreuter: At first glance, that may look completely counterintuitive. But if you look at it more closely, you see that we typically judge right or wrong when we know whether something has led to success or failure – in other words, after the actual event. However, if we put ourselves in the moment of the business decision, it seems that large parts of management theory ignore the importance of uncertainty. Take, for example, “buy low, sell high.” How do I know if today is high or low? In January, heating oil prices were considered off the charts. But by February, many regretted not buying in time.

In your book title, you refer to the company as a trial. Does that also apply to large, established companies?

Hutzschenreuter: Everything in the future is uncertain. If we assume this to be true, then a company is not an object of optimization – its essence is trial and error. Take Siemens, for example: founded in 1847, active in 190 countries around the world, firmly associated with attributes such as stability, reliability, quality – in short, security. Nevertheless, former CEO Joe Kaeser always emphasized the dangers to which the group is exposed. It could be taken over and broken up. Or even worse – Siemens could lose its competitiveness, profits could turn into losses. What does this mean for the perception of a company? It means that individual uncertainty and the awareness of potential transience persist even after more than 170 successful years. The company is thus not only an attempt at the beginning of its existence, it is an ongoing experiment.

To what extent does this understanding of a company help to tackle the tasks managers are faced with today?

Hutzschenreuter: Probably the most important implication for the management of companies is not to lose sight of the experimental character of the business. This requires constant vigilance for possible changes, but also to take the initiative and initiate changes before competitors do. There are permanent opportunities, but also dangers, in the experimental character. In today’s turbulent environment, attention, knowledge production and imagination are therefore crucial.

So are managers doomed, in a sense, not to be able to do everything right?

Hutzschenreuter: Maintaining an awareness of the experimental character also means establishing a culture for dealing with failure. If the company is an experiment, failures are more likely to be expected than not. In this regard, when failures occur, the question must be “What do we learn from it?” rather than “Who is to blame?”. The same applies to formerly prosperous companies where success suddenly fails to materialize. It is more likely – and this is also suggested by empirical evidence – that phases of success will be followed by failures than that success will persist permanently. And the conclusion to be drawn from this is that one must already look for sources of future failure in phases of success – just as one must initiate change in a timely and serious manner in the absence of success. But unfortunately, this happens in very few companies.

Starting in September, you will be leading the Certificate Program ‘Strategizing in turbulent environments‘, which is also offered as an elective module within the Executive MBA program. How does your book play a role in this? And what can participants expect?

Hutzschenreuter: Decisions under the aspects of entrepreneurial uncertainty form the basis of the course objectives. We will work out what it really means to be aware of this and still win or defend competitive positions. The book provides the theoretical foundation for all of this. But no worries, the program is not about theory, but about the practice of strategizing. Thus, the main point is to ask the right questions in order to make the best possible decisions. At the end, participants will take away three frameworks that they can work within their own environment. In addition, everyone has the opportunity to receive individual coaching. What I ultimately want to achieve for my participants with this course can also be summed up in the words of a manager who participated in one of my company-specific programs on “Strategizing in turbulent environments”: “I now see my company and my work with different eyes.” That is the real takeaway from our program.

More than ever, professionals and managers need to be aware of their company’s future viability in a constantly changing business environment. In our certificate program ‘Strategizing in turbulent environments‘, participants not only acquire theoretical knowledge but above all receive practical advice and methods from Professor Thomas Hutzschenreuter himself. With his help, they should find orientation in turbulent times and, after completing the certificate, even have the opportunity to tackle their own personal or organizational challenges in one-on-one coaching sessions.

The post The Company as a Trial: What does it mean for leaders? appeared first on Technical University of Munich – School of Management.